“We are pleased with the 19% commercial sales growth we delivered in fiscal 2012,” said John Livingston, CEO of Absolute. “During the year, we made good progress in all of our expansion markets: healthcare, government, corporate and international. Computrace now is becoming a recognized layer of best practice for governance, risk management and compliance. Absolute Manage is now positioned as a visionary in the Gartner Magic Quadrant and our innovative Mobile Device solutions have entered a rapid growth phase. Correspondingly, we delivered 32% growth in international sales, a 7% sales increase for our theft management offerings and a 67% improvement in sales for our device management and data security solutions.”

Mr. Livingston continued: “Over the past three years, we have built a solid sales foundation that is highly productive. We believe that increased sales capacity and continued product innovation will allow us to fully capitalize on the large market opportunity in front of us. Accordingly, in the fourth quarter of fiscal 2012 we increased our spend levels in sales and marketing and research and development, and we expect to maintain this spending level with further modest increases through fiscal 2013. This positions us to increase growth in the second half of fiscal 2013 and into fiscal 2014, as we bring these teams up to speed. We are confident that we have entered fiscal 2013 with the right products, strategy and resources in place to deliver another year of growth.”

Revenue for F2012 was $74.6 million, a 10% increase from $68.0 million in F2011.  For Q4-F2012, revenue was $19.5 million, up 9% from $18.0 million in Q4-F2011. Indicative of the Company’s Software-as-a-Service (SaaS) business model, revenue primarily represents the amortization of deferred revenue balances from recurring term license sales. For F2012, 78% of revenue was related to the drawdown of deferred revenue balances accumulated to the end of the prior fiscal year.

Adjusted Operating Expenses(3) for F2012 were $64.1 million. This was up 3% from $62.5 million in F2011, as the Company made strategic investments in the business, particularly in Research and Development and Sales and Marketing to support high-growth areas of the business, the majority of which were reflected in Q4-F2012.  Adjusted Operating Expenses for Q4-F2012 were $17.9 million, up 19% from $15.0 million for Q4-F2011.

Management’s discussion and analysis (“MD&A”), consolidated financial statements and notes thereto for F2012 can be obtained today from Absolute’s corporate website at www.absolute.com. The documents will also be available at www.sedar.com.

Throughout this press release, we refer to a number of measures which we believe are meaningful in the assessment of the Company’s performance. All these metrics are non-standard measures under International Financial Reporting Standards (“IFRS”), and are unlikely to be comparable to similarly titled measures reported by other companies. Readers are cautioned that the disclosure of these items is meant to add to, and not replace, the discussion of financial results or cash flows from operations as determined in accordance with IFRS. For a discussion of the purpose of these non-IFRS measures, please refer to the Company’s Fiscal 2012 MD&A on SEDAR at www.SEDAR.com.

See the “Subscription Business Model” section of the MD&A for a detailed discussion of why we believe Sales Contracts (also known as “bookings”) provide a meaningful performance metric. Sales Contracts are included in deferred revenue (see Note 10 of the Notes to the Consolidated Financial Statements), and result from invoiced sales of our products and services.

2) Basic and diluted Cash from Operating Activities per share

A number of significant non-cash expenses are reported in our Cost of Revenue and Operating Expenses. Management believes that analyzing these expenses exclusive of these non-cash items provides a useful measure of the cash invested in the operations of its business. The non-cash items excluded in the determination of Adjusted Operating Expenses are share-based compensation and amortization of acquired intangible assets. For a description of the reasons these items are adjusted, please refer to the Fiscal 2012 MD&A.

Management defines the Company’s theft management product line as Computrace products that include an investigations and recovery services component.

Management defines the Company’s device management and data security product line as are defined as our Absolute Manage and Absolute Secure Drive products, as well as Computrace products that do not include an investigations and recovery services component (for example, Absolute Track and Computrace Data Protection). 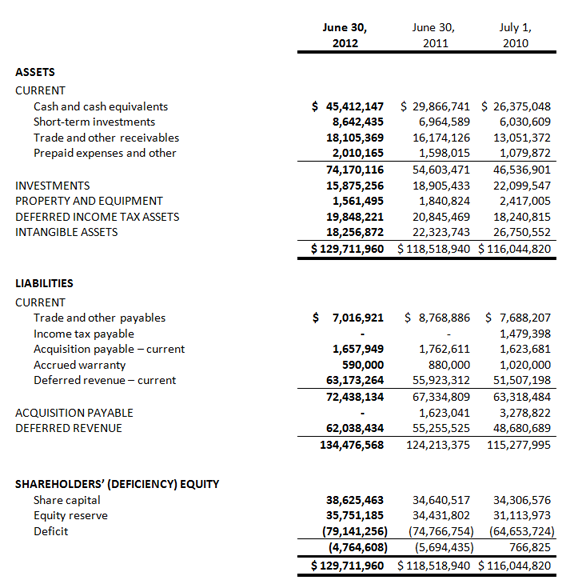 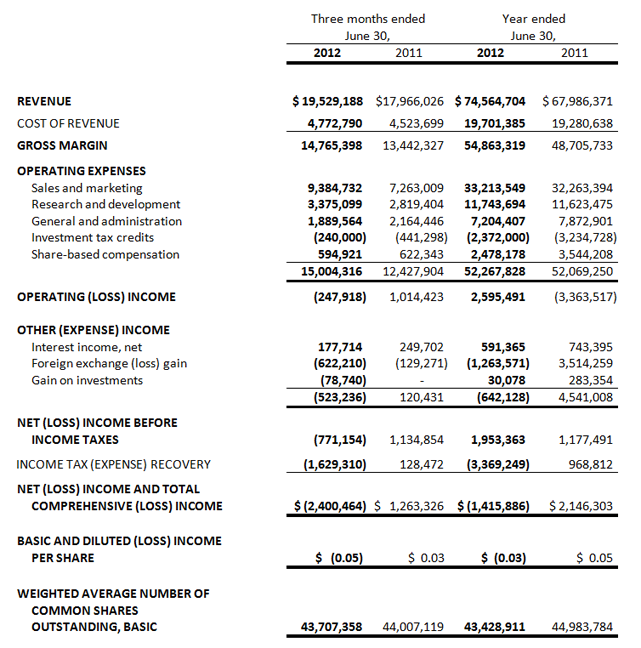 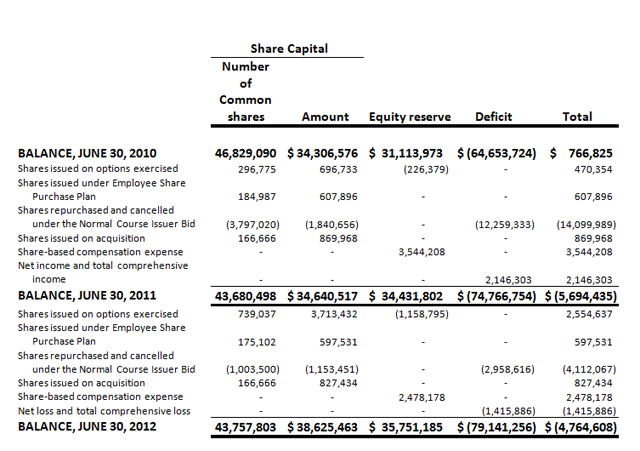 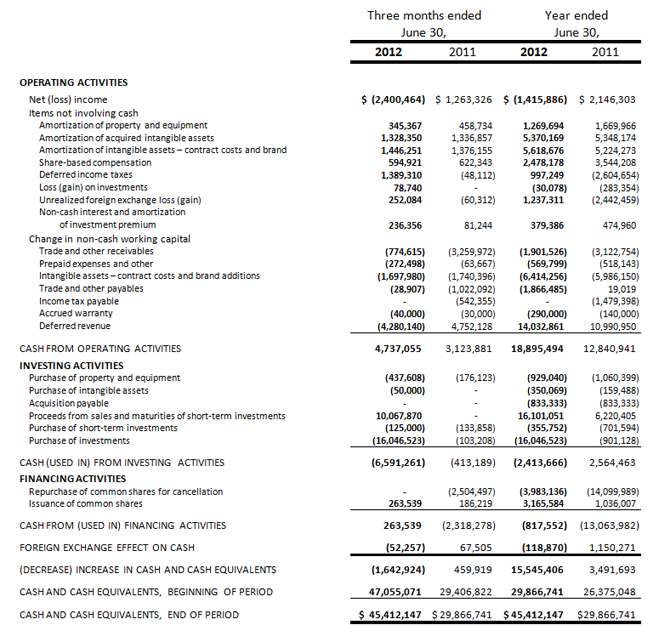