“Our fourth-quarter performance was highlighted by continued momentum within our Enterprise sales teams, including particularly strong performances in the healthcare, financial services and professional services verticals,” said Steve Munford, interim chief executive officer at Absolute. “Moving into our new fiscal year, we expect to increase our emphasis on these verticals while leveraging our strong OEM channel relationships to drive new customer acquisition opportunities. Incremental investments in these focus areas will be funded within our existing cost structure, meaning continued operating margin expansion as our top line continues to grow.” 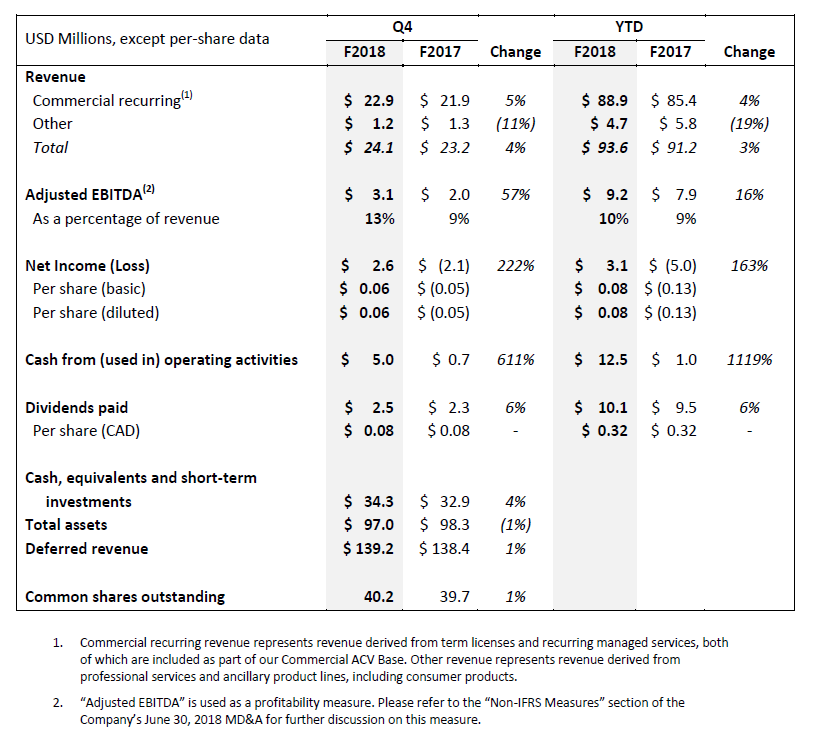 The Company’s outlook for F2019 is as follows:

Management’s Discussion and Analysis (MD&A) and Consolidated Financial Statements and the notes thereto for the fiscal year ended June 30, 2018 can be obtained today from Absolute’s corporate website at www.absolute.com. The documents will also be available at www.sedar.com.

A live audio webcast of the conference call will be available at www.absolute.com and https://bit.ly/2JswxK1. Please connect at least 15 minutes prior to the conference call to ensure adequate time for any software download that may be required to join the webcast. An archived replay of the webcast will be available on the Company’s website for 90 days.

Throughout this press release, the Company refers to a number of measures that the Company believes are meaningful in the assessment of the Company’s performance. All these metrics are nonstandard measures under International Financial Reporting Standards (-IFRS-), and are unlikely to be comparable to similarly titled measures reported by other companies. Readers are cautioned that the disclosure of these items is meant to add to, and not replace, the discussion of financial results or cash flows from operations as determined in accordance with IFRS. For a discussion of the purpose of these non-IFRS measures, please refer to the Company’s June 30, 2018 MD&A on SEDAR at www.sedar.com. 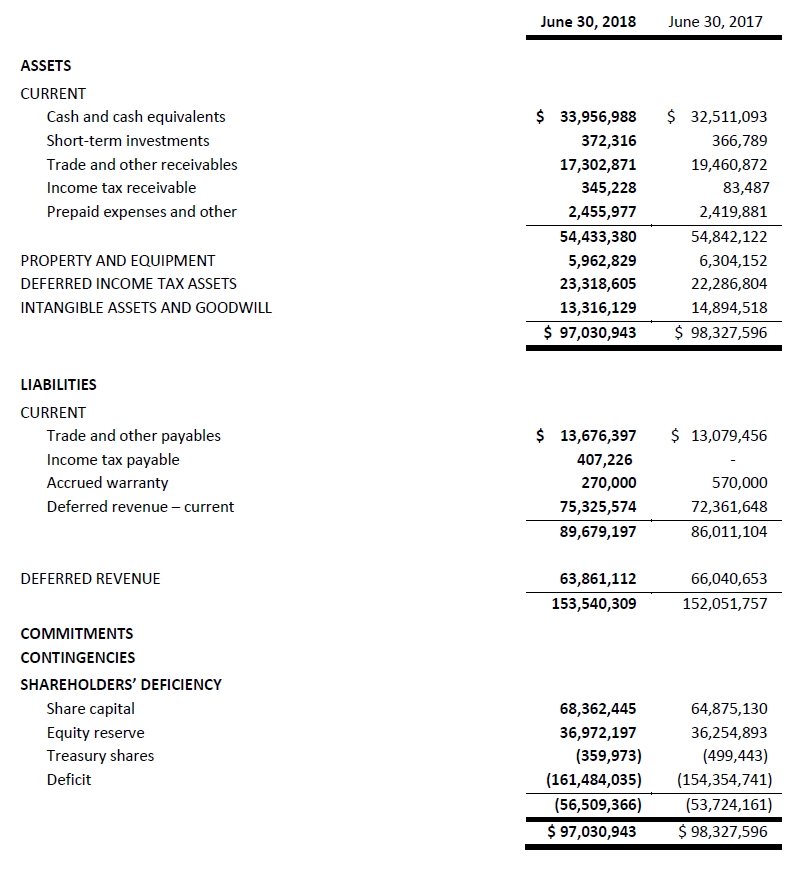 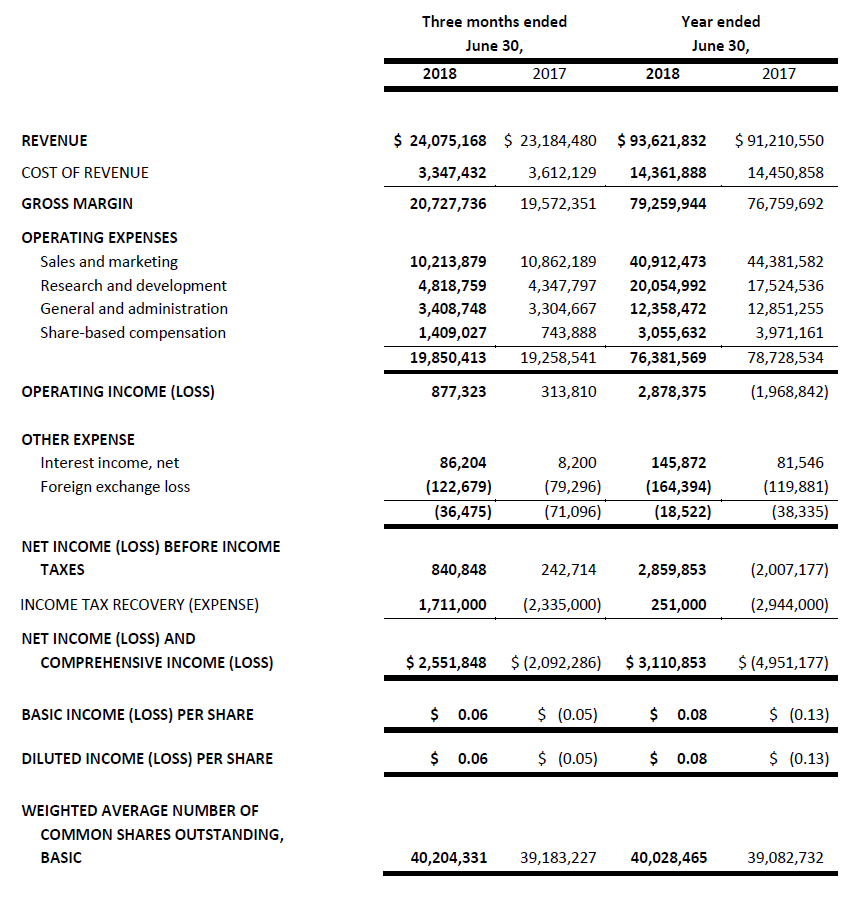 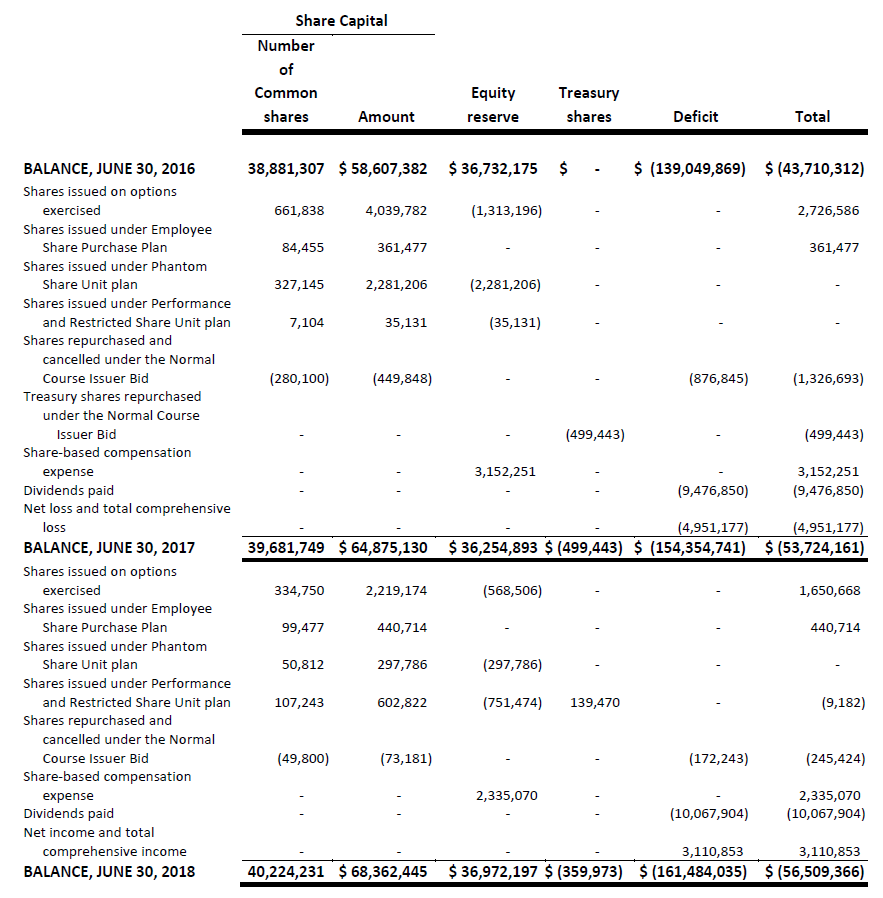 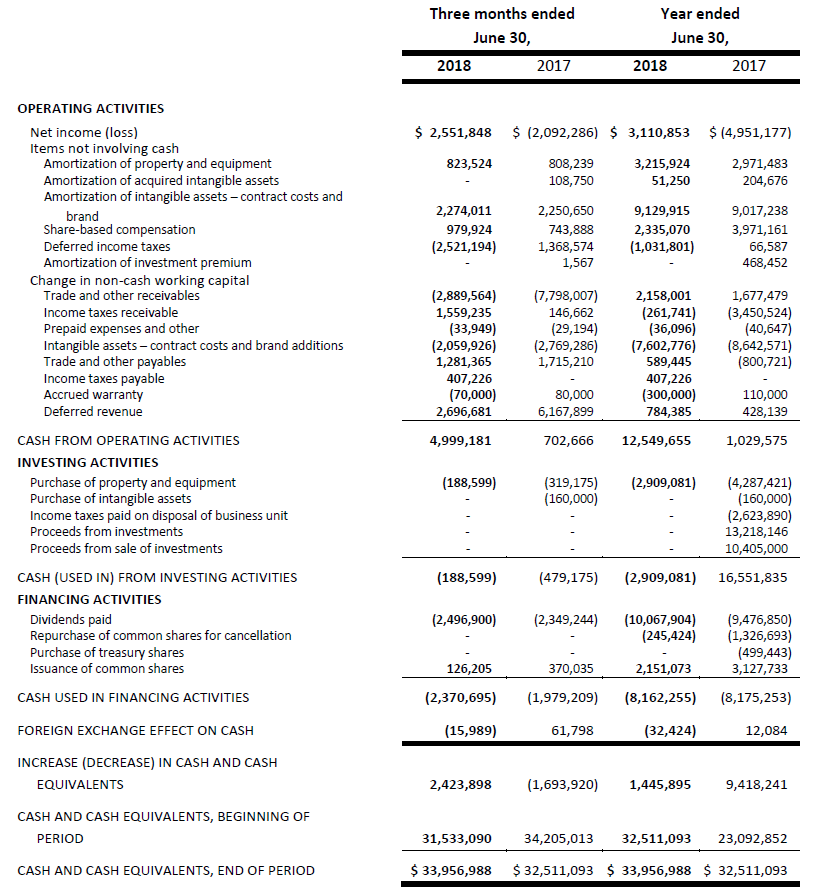