Vancouver, Canada: August 17, 2017 – Absolute® (TSX: ABT), the standard for endpoint visibility and control, today announced financial results for the three months and fiscal year ended June 30, 2017. All dollar figures are unaudited and stated in U.S. dollars, unless otherwise indicated.

“Over the course of fiscal 2017, we made significant progress on the execution of our long-term growth and profitability objectives, including the achievement of eight percent commercial recurring revenue growth. We also began to realize the benefits of sustained R&D investments with the introduction of new enterprise-class solutions that address urgent customer demands,” stated Mr. Geoff Haydon, Chief Executive Officer, Absolute. “The introduction of new capabilities such as always-connected IT asset management, self-healing and mobile endpoint security, and continuous data protection drove customer expansion and the acquisition of prominent new customers. It also led to a significant increase in our pipeline, positioning us for further expected growth and stronger expected cash flow in fiscal 2018.”

For F2018, the Company expects new solution and product releases combined with continued sales productivity improvements to drive growth in revenue and the underlying commercial ACV base. This growth is expected to be driven primarily by the North American enterprise and healthcare verticals, with lower growth rates expected in the education and government verticals.

The Company expects Adjusted EBITDA margins of 9% to 11%, reflecting margin expansion, which is partially offset by the negative impact of the stronger Canadian dollar on the Company’s Canadian-based expenditures.

The Company expects growth in operating cash flow margins. Cash from operations is expected to be in the range of 13% to 16% of revenue.

On July 20, 2017, Absolute declared a quarterly dividend of CAD$0.08 per share on the Company’s common shares. The dividend is payable in cash on August 25, 2017 to shareholders of record at the close of business on August 4, 2017.

Management’s discussion and analysis (“MD&A”) and consolidated financial statements and the notes thereto for the fiscal year ended June 30, 2017 can be obtained today from Absolute’s corporate website at www.absolute.com. The documents will also be available at www.sedar.com.

A live audio webcast of the conference call will be available at www.absolute.com and https://bit.ly/2w7gN9L. Please connect at least 15 minutes prior to the conference call to ensure adequate time for any software download that may be required to join the webcast. An archived replay of the webcast will be available on the Company’s website for 90 days.

Throughout this press release, the Company refers to a number of measures which the Company believes are meaningful in the assessment of the Company’s performance. All these metrics are non-standard measures under International Financial Reporting Standards (“IFRS”), and are unlikely to be comparable to similarly titled measures reported by other companies. Readers are cautioned that the disclosure of these items is meant to add to, and not replace, the discussion of financial results or cash flows from operations as determined in accordance with IFRS. For a discussion of the purpose of these non-IFRS measures, please refer to the Company’s June 30, 2017 MD&A on SEDAR at www.SEDAR.com. 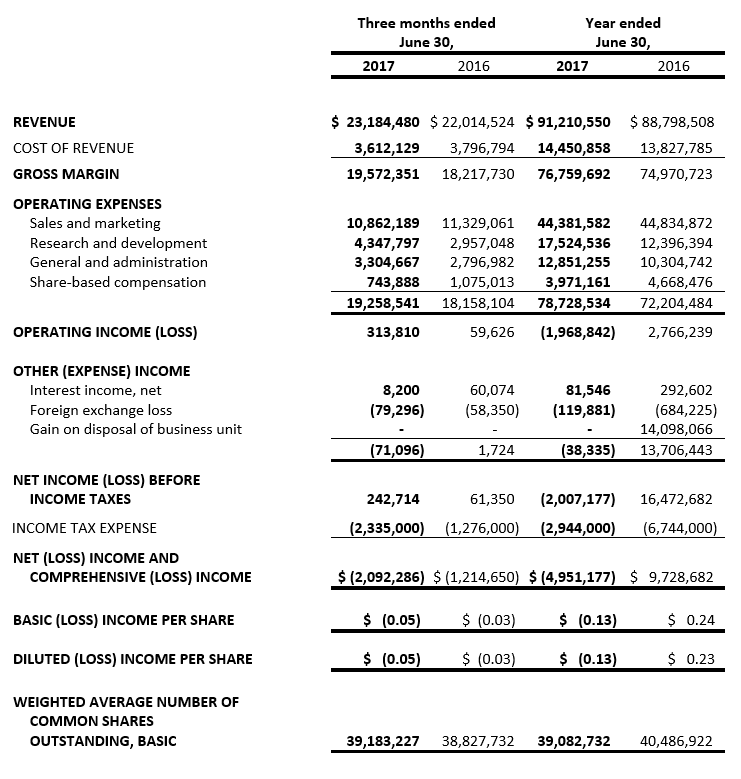 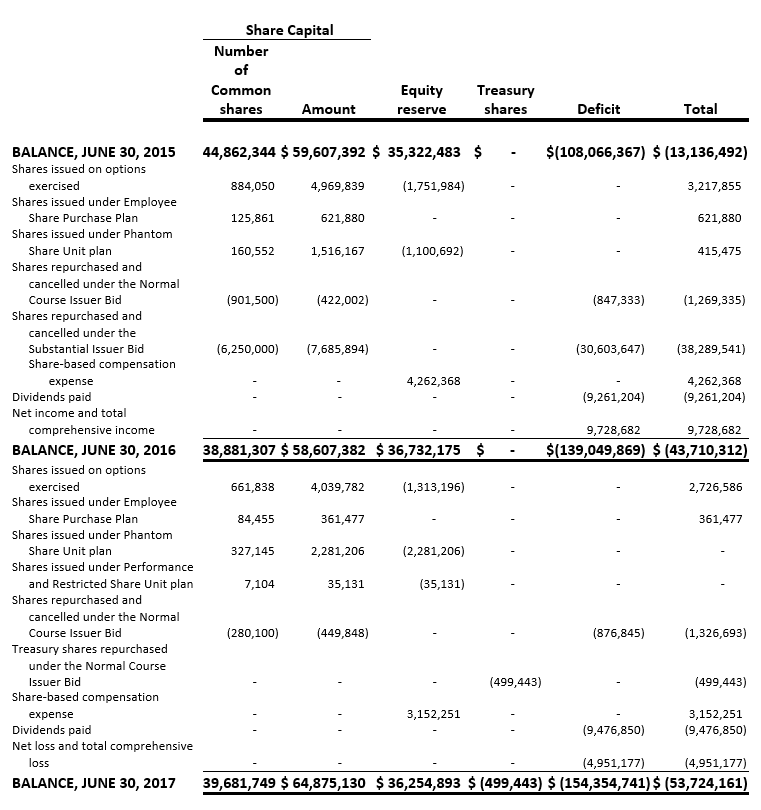 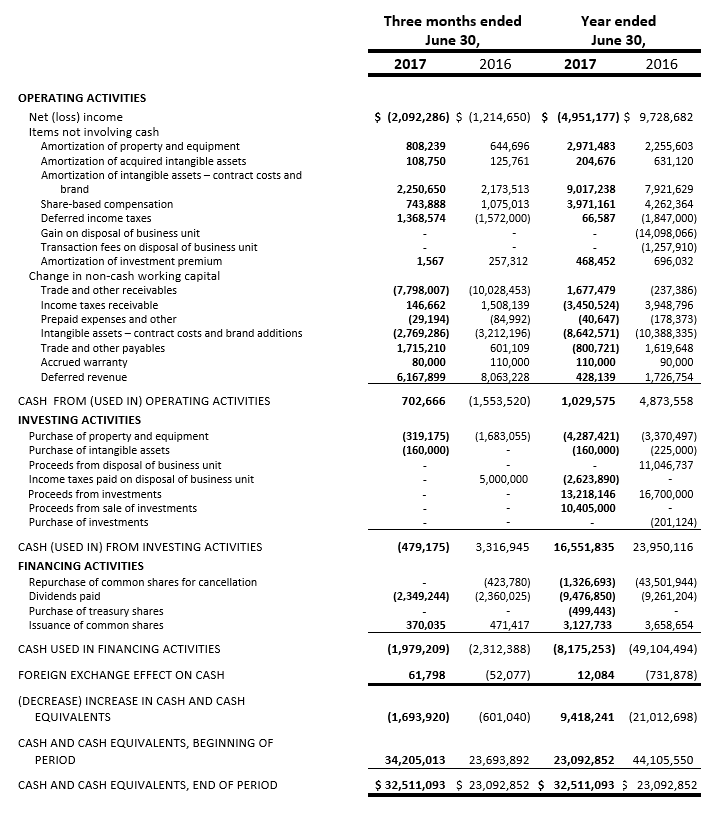