VANCOUVER, British Columbia – August 13, 2019 – Absolute (TSX: ABT) (“Absolute” or the “Company”), the leader in endpoint resilience, today announced its financial results for the three months and year ended June 30, 2019. All dollar figures are stated in U.S. dollars, unless otherwise indicated.

“Absolute delivered an impressive quarter in Q4 with strong sales performance across all key industry verticals, finishing a solid fiscal 2019 marked by significant transformation and achievement,” said Christy Wyatt, chief executive officer at Absolute. “During fiscal 2019, we delivered differentiated, new functionality to our customers that contributed to top-line growth while we managed investment into the company, leading to a significant expansion in profit margins. As we close my first fiscal year as CEO, I am proud of our positioning in the market and I am looking forward to fiscal 2020.” 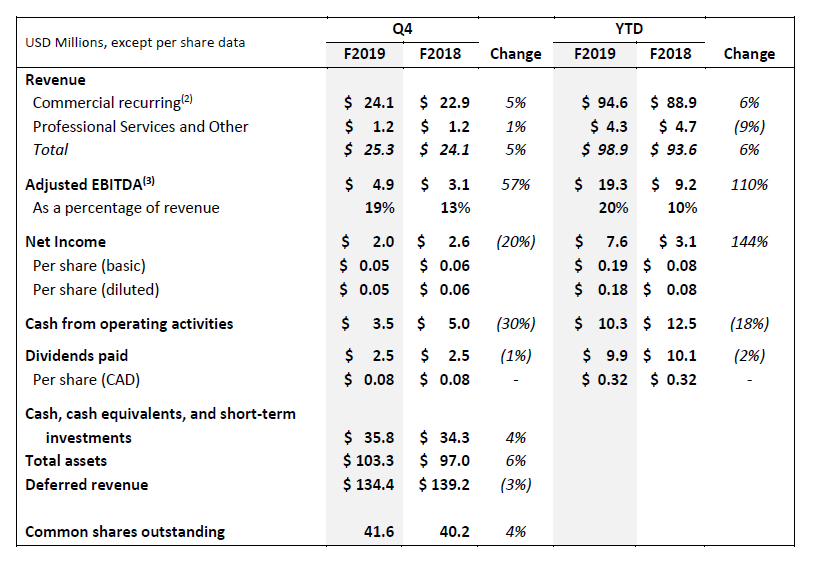 The Company’s outlook for F2020 is as follows:

The Company’s forecast for Adjusted EBITDA and cash from operating activities incorporates the expected impact of IFRS 16, “Leases”, which will be implemented commencing F2020. IFRS 16 is expected to positively impact both F2020 Adjusted EBITDA and cash from operating activities by $2.0 million to $2.5 million as a result of amortization of a lease asset and from increased interest expense. See “Future Accounting Standards” in our F2019 MD&A.

The foregoing expectations constitute forward-looking information and financial outlook and are qualified in their entirety by the cautionary statement below.

Management’s Discussion and Analysis (“MD&A”) and Consolidated Financial Statements and the notes thereto for the fiscal year ended June 30, 2019 can be obtained today from Absolute’s corporate website at www.absolute.com. The documents will also be available under Absolute’s profile at www.sedar.com.

A live audio webcast of the conference call will be available at www.absolute.com and http://bit.ly/2O9ow3X. Please connect at least 15 minutes prior to the conference call to ensure adequate time for any software download that may be required to join the webcast. An archived replay of the webcast will be available on the Company’s website for 90 days.

Throughout this press release, the Company refers to a number of measures that the Company believes are meaningful in the assessment of the Company’s performance. All these metrics are nonstandard measures under International Financial Reporting Standards (“IFRS”), and are unlikely to be comparable to similarly titled measures reported by other companies. Readers are cautioned that the disclosure of these items is meant to add to, and not replace, the discussion of financial results or cash flows from operations as determined in accordance with IFRS. For a discussion of the purpose of these non-IFRS measures, please refer to the Company’s F2019 MD&A.

Absolute empowers more than 12,000 customers worldwide to protect devices, data, applications, and users against theft or attack—both on and off the corporate network. With the industry’s only tamper-proof endpoint visibility and control solution, Absolute allows IT organizations to enforce asset management, security hygiene, and data compliance for today’s remote digital workforces. Absolute’s patented Persistence® technology is embedded in the firmware of Dell, HP, Lenovo, and 22 other leading manufacturers’ devices for vendor-agnostic coverage, tamper-proof resilience, and ease of deployment. See how it works at www.absolute.com and follow us at @absolutecorp.

©2019 Absolute Software Corporation. All rights reserved. ABSOLUTE, the ABSOLUTE logo, and PERSISTENCE are registered trademarks of Absolute Software Corporation. Other names or logos mentioned herein may be the trademarks of their respective owners. For patent information, visit www.absolute.com/patents. The Toronto Stock Exchange has neither approved nor disapproved of the information contained in this press release.

This press release contains certain forward-looking statements and forward-looking information (collectively, “forward-looking statements”) which relate to future events or Absolute’s future business, operations, and financial performance and condition. Forward-looking statements normally contain words like “will”, “intend”, “anticipate”, “could”, “should”, “may”, “might”, “expect”, “estimate”, “forecast”, “plan”, “potential”, “project”, “assume”, “contemplate”, “believe”, “shall”, “scheduled”, and similar terms and, within this press release, include, without limitation, the information under the heading “F2020 Corporate Outlook” and any statements (express or implied) respecting: Absolute’s future plans, strategies, and objectives; projected growth, revenues, margins, Adjusted EBITDA, profitability, expenses, cash from operating activities, capital expenditures, and earnings; existing and new product functionality and suitability; and expectations for the size of the IT security industry. Forward-looking statements, including the F2020 Corporate Outlook, are provided for the purpose of presenting information about management’s current expectations and plans relating to the future and allowing investors and others to get a better understanding of our anticipated financial position, results of operations, and operating environment. Readers are cautioned that such information may not be appropriate for other purposes.

Although management believes that the forward-looking statements herein are reasonable, actual results could be substantially different due to the risks and uncertainties associated with and inherent to Absolute’s business, as more particularly described in the “Risk and Uncertainties” section of Absolute’s most recently filed Management’s Discussion and Analysis, which is available at www.absolute.com and under Absolute’s profile on www.sedar.com. Additional material risks and uncertainties applicable to the forward-looking statements herein include, without limitation, unforeseen events, developments, or factors causing any of the aforesaid expectations, assumptions, and other factors ultimately being inaccurate or irrelevant. Many of these factors are beyond the control of Absolute. 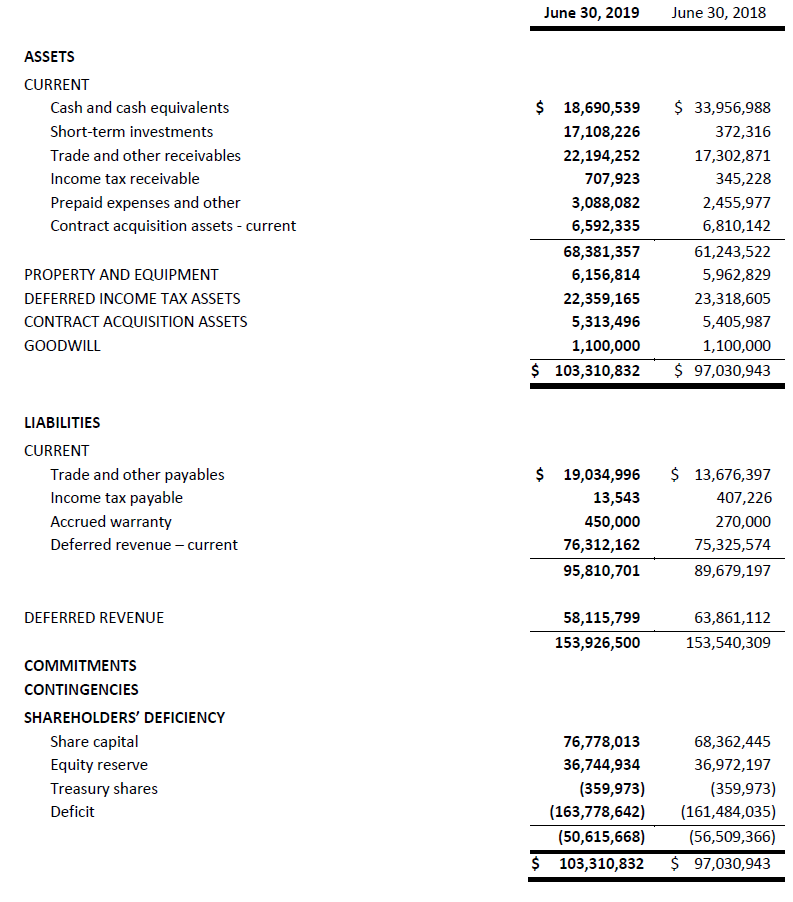 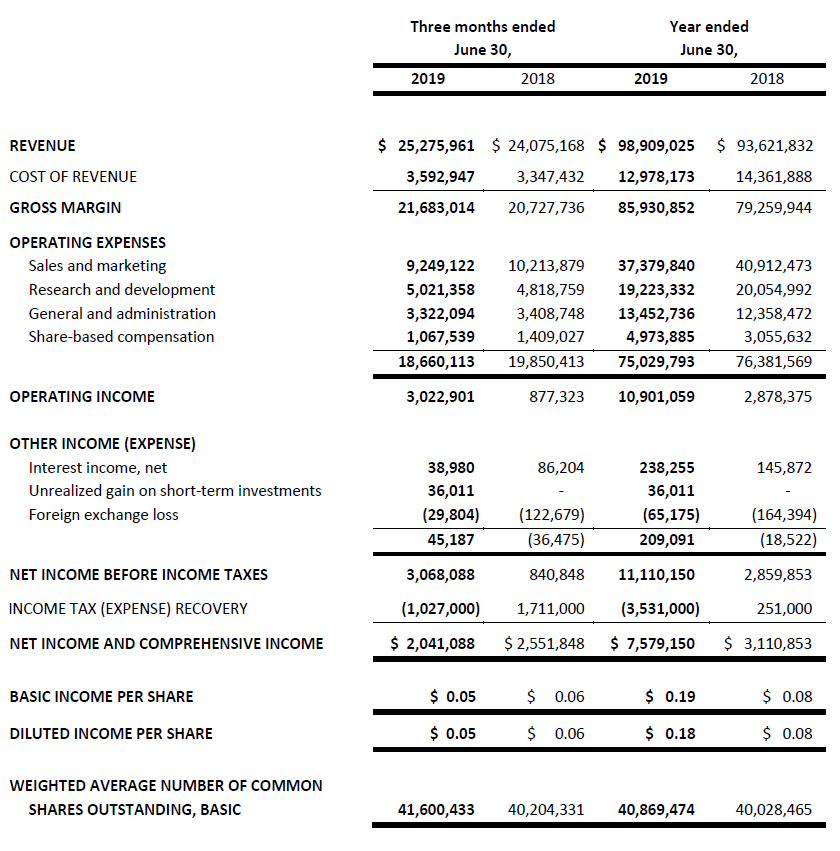 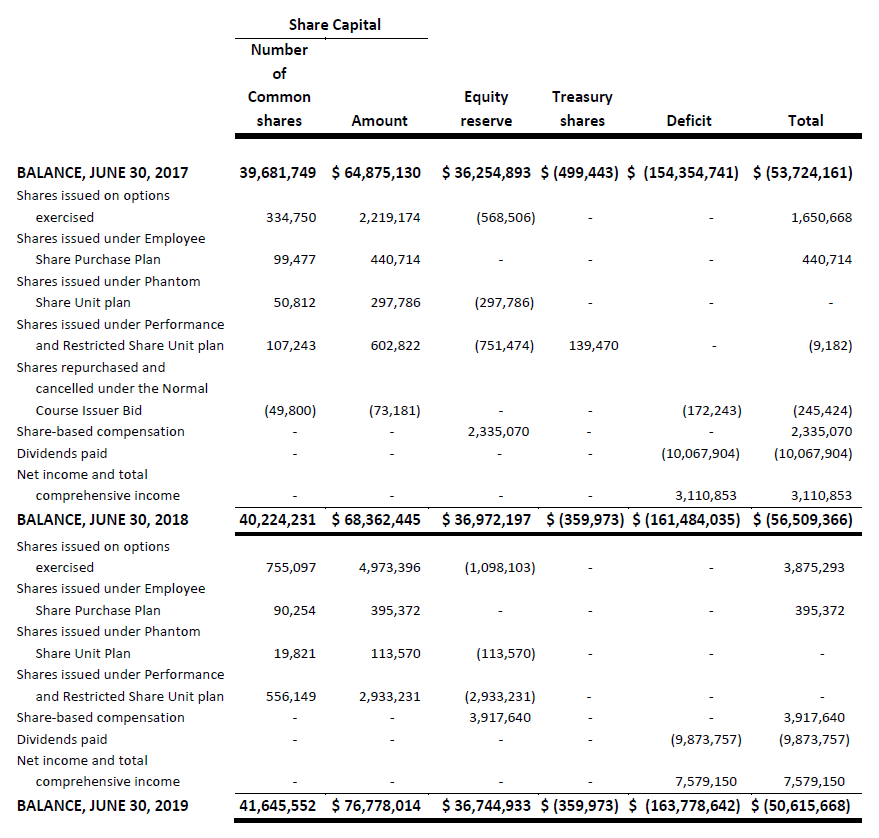 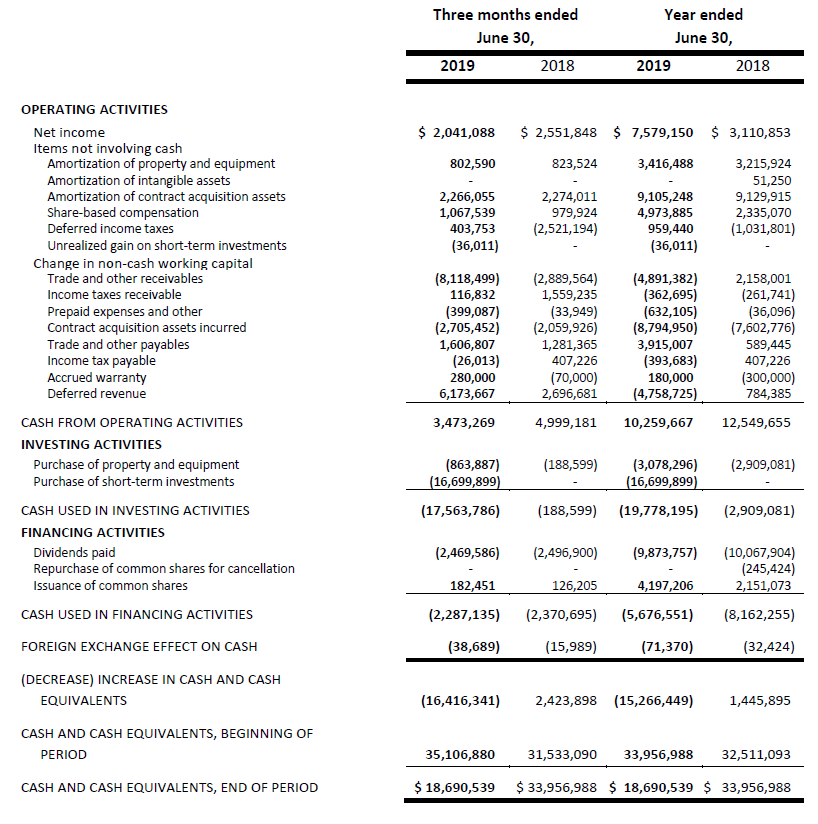