“Our Q1 results were supported by strong growth in the North American enterprise segment, demonstrating the continuing success of our focused strategy and targeted investment and reflecting the value enterprise customers are realizing from our technology,” said Geoff Haydon, Chief Executive Officer, Absolute. “The Absolute 7 platform launch is particularly significant for this segment, featuring our new Absolute Reach offering, which empowers customers to customize and extend a definitive endpoint visibility and control capability across their entire endpoint populations. While these features were only deliverable for the last couple of weeks of the quarter, early reactions have been very positive from customers, prospects, and analysts”. 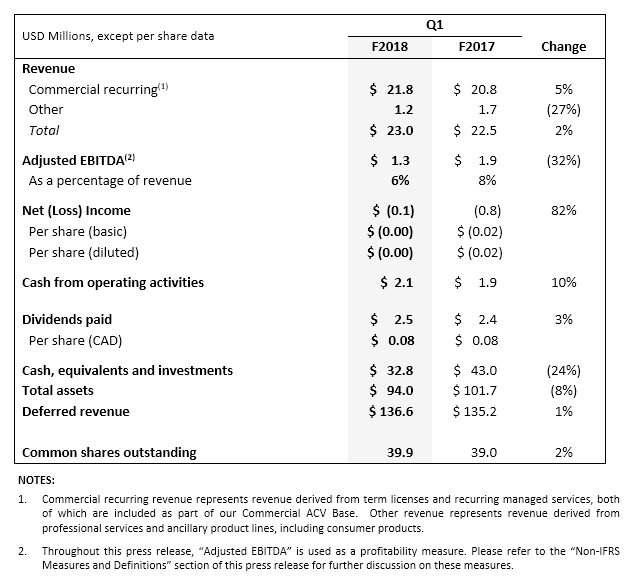 The company has revised its outlook for F2018 based on Q1 results and observed trends, including continued pipeline growth in the Enterprise vertical but recognizing longer sales cycles and weaker than expected performance in the public sector:

Management’s Discussion and Analysis (“MD&A”) and Interim Condensed Consolidated Financial Statements and the notes thereto for the fiscal quarter ended September 30, 2017 can be obtained today from Absolute’s corporate website at www.absolute.com. The documents will also be available at www.sedar.com.

A live audio webcast of the conference call will be available at www.absolute.com and http://bit.ly/2yObYq9. Please connect at least 15 minutes prior to the conference call to ensure adequate time for any software download that may be required to join the webcast. An archived replay of the webcast will be available on the Company’s website for 90 days.

Throughout this press release, the Company refers to a number of measures which the Company believes are meaningful in the assessment of the Company’s performance. All these metrics are non-standard measures under International Financial Reporting Standards (“IFRS”), and are unlikely to be comparable to similarly titled measures reported by other companies. Readers are cautioned that the disclosure of these items is meant to add to, and not replace, the discussion of financial results or cash flows from operations as determined in accordance with IFRS. For a discussion of the purpose of these non-IFRS measures, please refer to the Company’s September 30, 2017 MD&A on SEDAR at www.SEDAR.com. 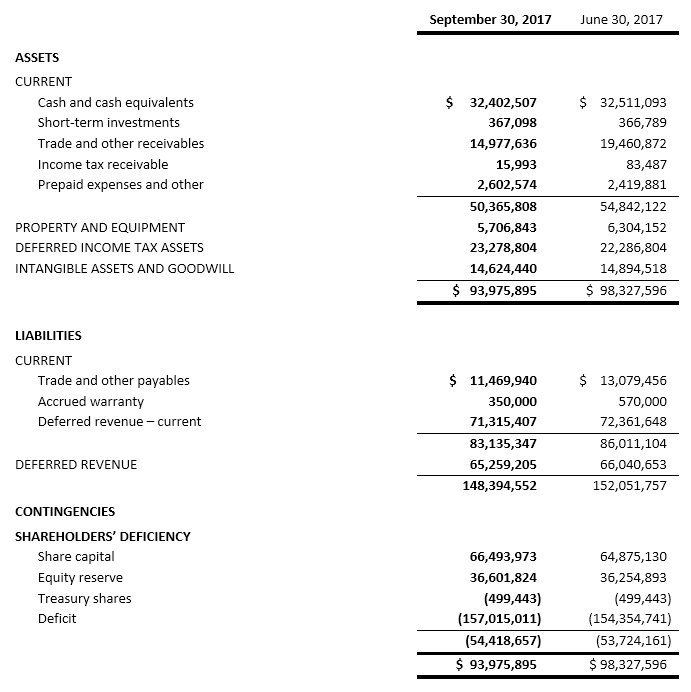 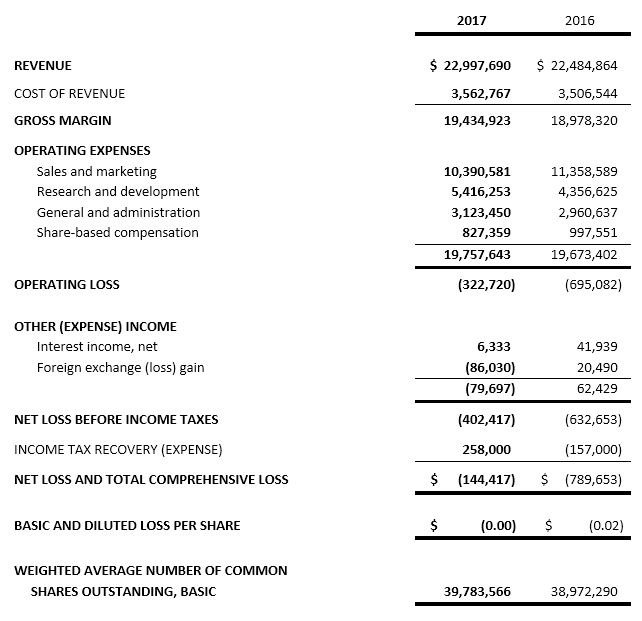 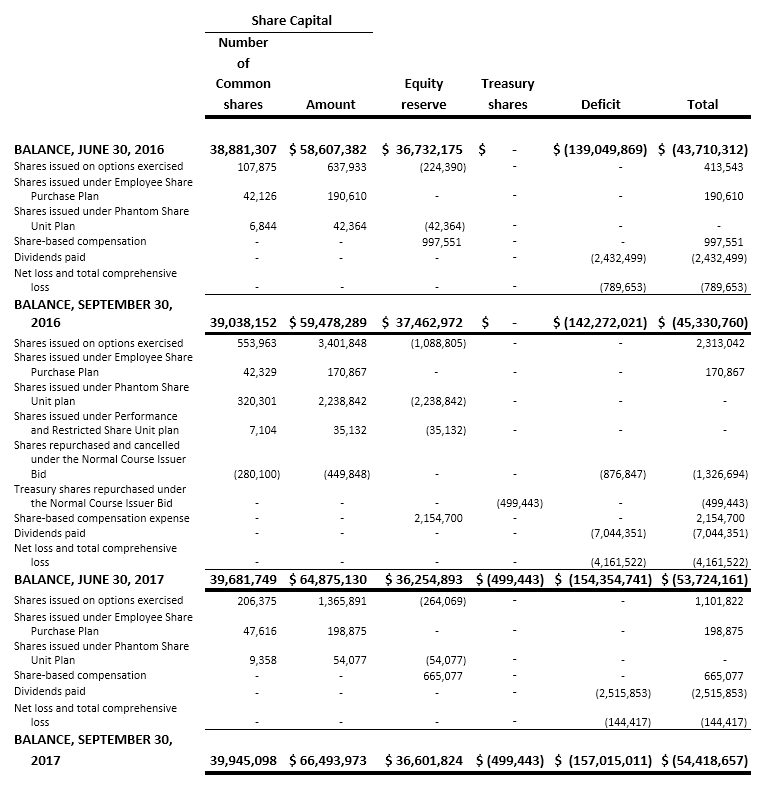 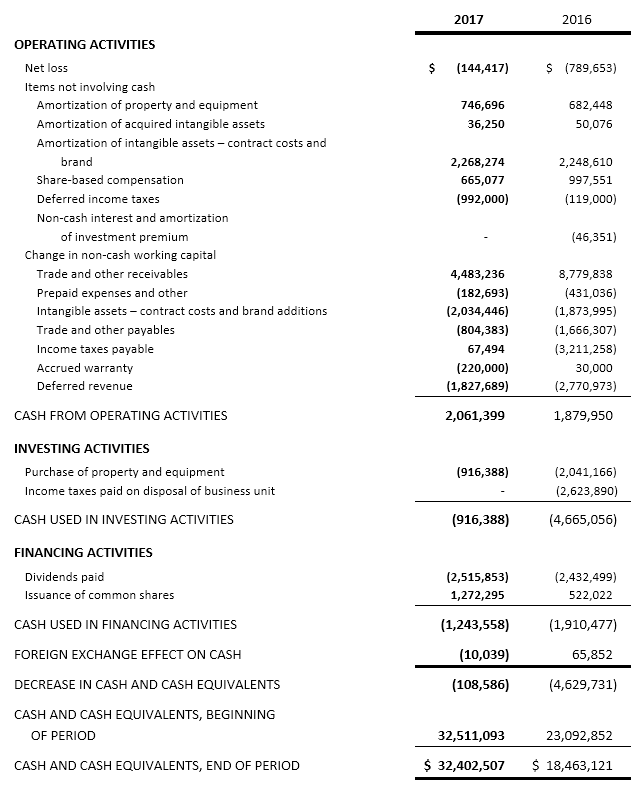