Vancouver, Canada: May 10, 2016 – Absolute® Software Corporation (TSX: ABT), the industry standard for persistent endpoint security and data risk management solutions, today announced its financial results for the three and nine months ended March 31, 2016. All dollar figures are unaudited and stated in U.S. dollars, unless otherwise indicated. 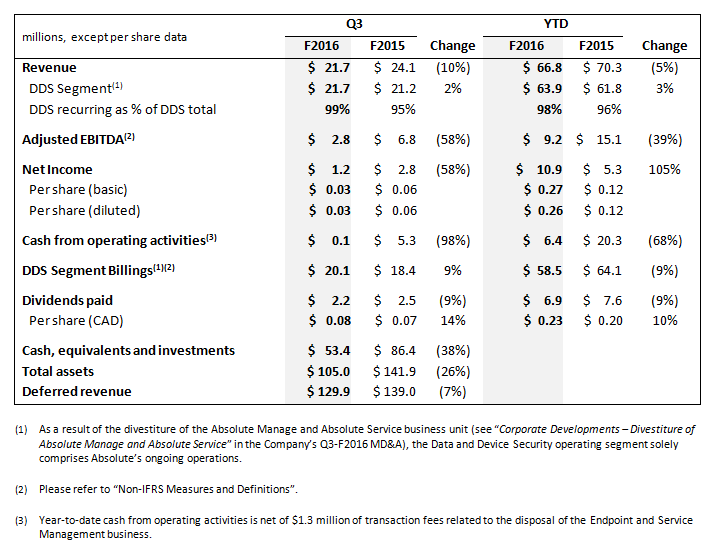 “Additionally, we substantially advanced our product strategy,” Haydon said. “Most notably, we unveiled an important phase of our Persistence Platform strategy; extending our patented technology to third-party endpoint software solutions. We believe this initiative will open up substantial new revenue opportunities for Absolute, directly with enterprises, and through prospective new partnerships with independent software vendors.”

Indicative of the Company’s prepaid multi-year term license model, revenue primarily represents the amortization of deferred revenue balances from recurring term license sales from both the current and prior periods. As a result, the Company views changes in the Commercial Annual Contract Value (“ACV”) Base(1) as more representative of near-term sales performance.

Net ACV Retention(1) from existing DDS commercial customers was 101% in Q3-F2016 and was 99% in the year-to-date period of F2016. Incremental ACV under contract from new DDS commercial customers in Q3-F2016 was $1.0 million and was $2.6 million in the year-to-date period of F2016. During Q3-F2016, 80% of new customer ACV was attributable to customers from the corporate and healthcare verticals.

Adjusted Operating Expenses for Q3-F2016 were $18.8 million, which represented an increase of 9% compared to $17.3 million in Q3-F2015. The year-over-year increase reflected an increased investment in sales personnel in late F2015 as well as higher marketing expenditures and an increase in research and development personnel during F2016. Additionally, Q3-F2015 expenses were net of a $0.8 million positive adjustment to recorded estimates of Canadian Scientific Research and Experimental Development Investment Tax Credits as a result of acceptance of certain of our historical claims in that period. The current year expense increases were partially offset by the lower Canadian dollar.

Capital expenditures in Q4-F2016 are expected to be $2.0 - $2.5 million reflecting investments in the company’s hosted infrastructure and Vancouver office expansion.

Management’s discussion and analysis (“MD&A”) and consolidated financial statements and the notes thereto for Q3-F2016 can be obtained today from Absolute’s corporate website at www.absolute.com. The documents will also be available at www.sedar.com.

A live audio webcast of the conference call will be available at www.absolute.com and http://bit.ly/1WBLg8s. Please connect at least 15 minutes prior to the conference call to ensure adequate time for any software download that may be required to join the webcast. An archived replay of the webcast will be available on the Company’s website for 90 days.

Throughout this press release, we refer to a number of measures which we believe are meaningful in the assessment of the Company’s performance. All these metrics are non-standard measures under International Financial Reporting Standards (“IFRS”), and are unlikely to be comparable to similarly titled measures reported by other companies. Readers are cautioned that the disclosure of these items is meant to add to, and not replace, the discussion of financial results or cash flows from operations as determined in accordance with IFRS. For a discussion of the purpose of these non-IFRS measures, please refer to the Company’s Q3-F2016 MD&A on SEDAR at www.SEDAR.com. 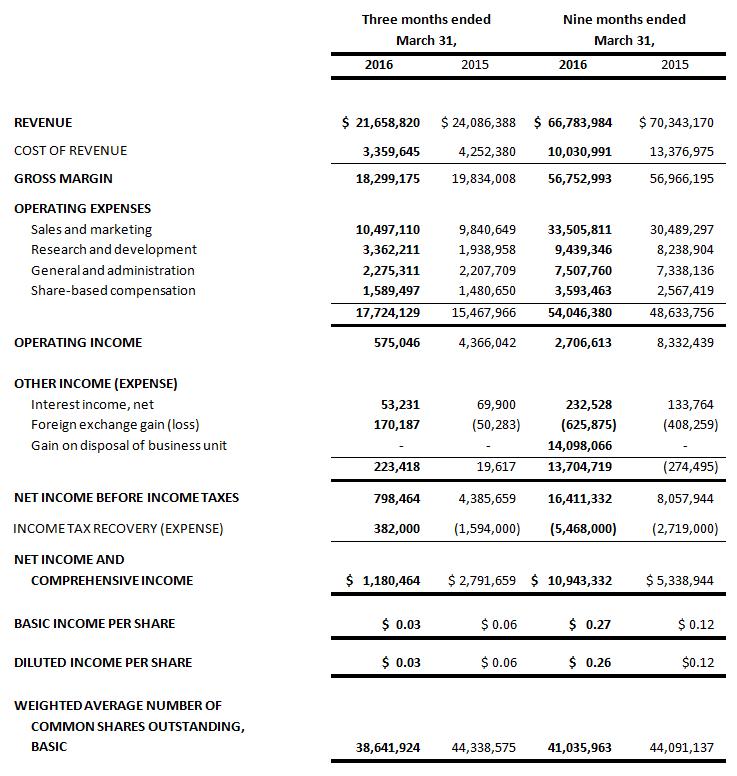 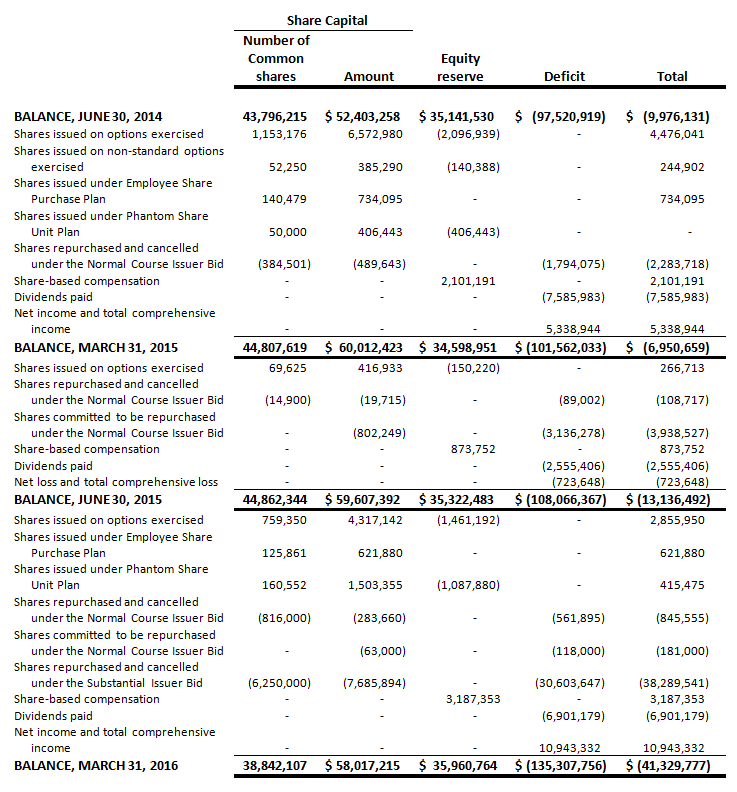 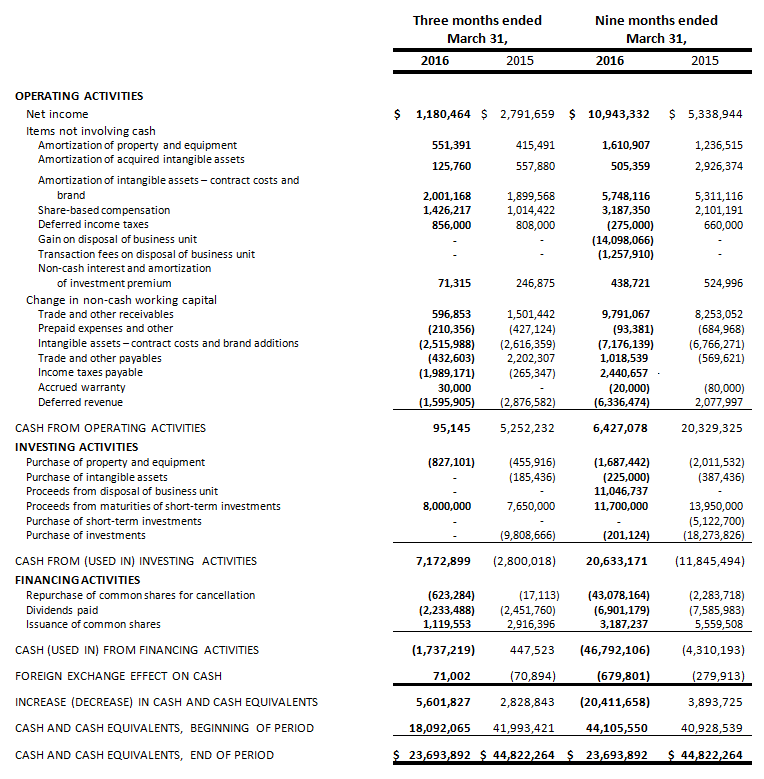