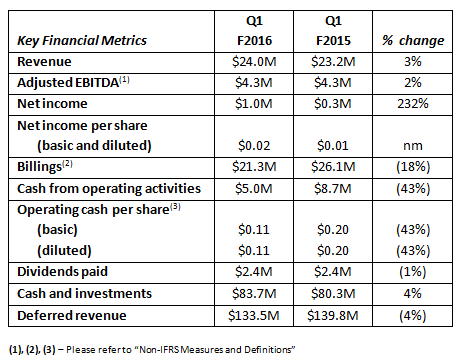 “Although we encountered sales disruptions associated with the reorganization of our sales force, we continue to execute successfully against our strategic plan to establish Absolute as a global information security leader,” said Mr. Geoff Haydon, chief executive officer, Absolute. “In Q1 this included the strengthening of our sales and product development teams as well as commencing the divestiture of non-core technology assets,” continued Haydon. “We expect the benefits of these actions will materialize as we move through the year. Subsequent to quarter-end we returned C$50 million of surplus cash to shareholders through our Substantial Issuer Bid and increased our quarterly dividend by 14% to C$0.08.”

”Our Persistence technology, embedded in hundreds of millions of endpoint devices, continues to represent a unique and powerful platform for the delivery of information security functionality to our customers. This includes the ability to assess endpoint risk across their entire device populations, and to apply appropriate security measures to protect each endpoint and the data it contains. We look forward to expanding our business across all of the key market segments we’ve identified for growth.”

Indicative of the Company’s prepaid multi-year term license model, revenue primarily represents the amortization of deferred revenue balances from recurring term license sales from both the current and prior periods. As a result, the company views changes in the Commercial Annual Contract Value (“ACV”) Base(4) as more representative of near term sales performance.

Net ACV Retention from existing customers was 99%. Incremental ACV from new customer acquisition was $0.7 million compared to $0.6 million in Q1-F2015.

The decline in North American Billings was attributable to fewer expiring contract opportunities as compared to the prior year, combined with a lower renewal rate. As the company’s weighted average contract term is 36 months, the renewal opportunity in Q1-F2016 corresponded with weak sales performance in Q1-F2013. Additionally, the company believes that the renewals in Q1-F2016 were negatively affected by disruptions related to the reorganization of the North American sales team.

The Company has adjusted its expectations for cash flow and now expects F2016 cash from operating activities to decrease from F2015 levels due to slightly higher Adjusted Operating Expenses and  Absolute DDS Billings roughly in-line with prior year levels.

Following completion of its Substantial Issuer Bid, as at November 9, 2015 the Company had 38,243,005 common shares outstanding.

Management’s discussion and analysis (“MD&A”) and consolidated financial statements and the notes thereto for Q1-F2016 can be obtained today from Absolute’s corporate website at www.absolute.com. The documents will also be available at www.sedar.com.

A live audio webcast of the conference call will be available at www.absolute.com and http://bit.ly/1MddlKi. Please connect at least 15 minutes prior to the conference call to ensure adequate time for any software download that may be required to join the webcast. An archived replay of the webcast will be available on the Company’s website for 90 days.

Throughout this press release, we refer to a number of measures which we believe are meaningful in the assessment of the Company’s performance. All these metrics are non-standard measures under International Financial Reporting Standards (“IFRS”), and are unlikely to be comparable to similarly titled measures reported by other companies. Readers are cautioned that the disclosure of these items is meant to add to, and not replace, the discussion of financial results or cash flows from operations as determined in accordance with IFRS. For a discussion of the purpose of these non-IFRS measures, please refer to the Company’s Q1-F2016 MD&A on SEDAR at www.SEDAR.com. 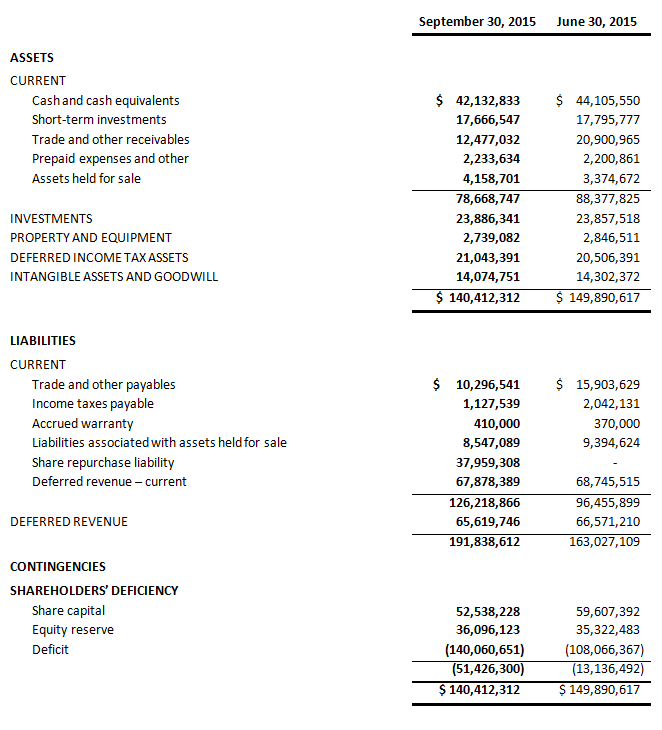 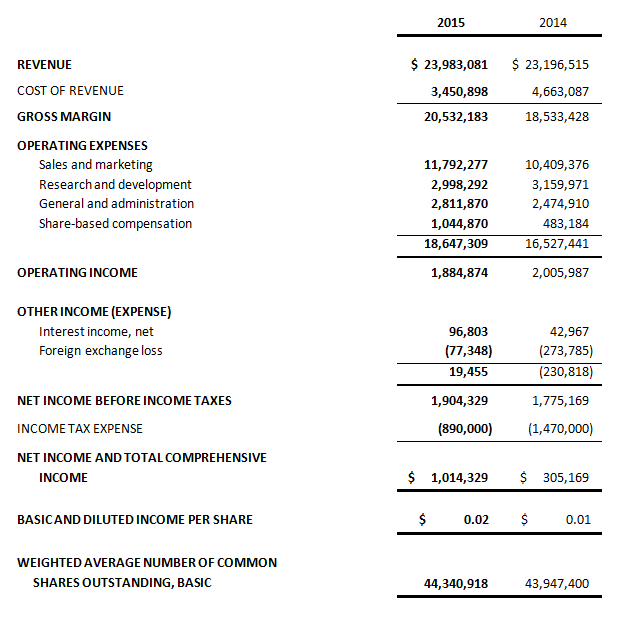 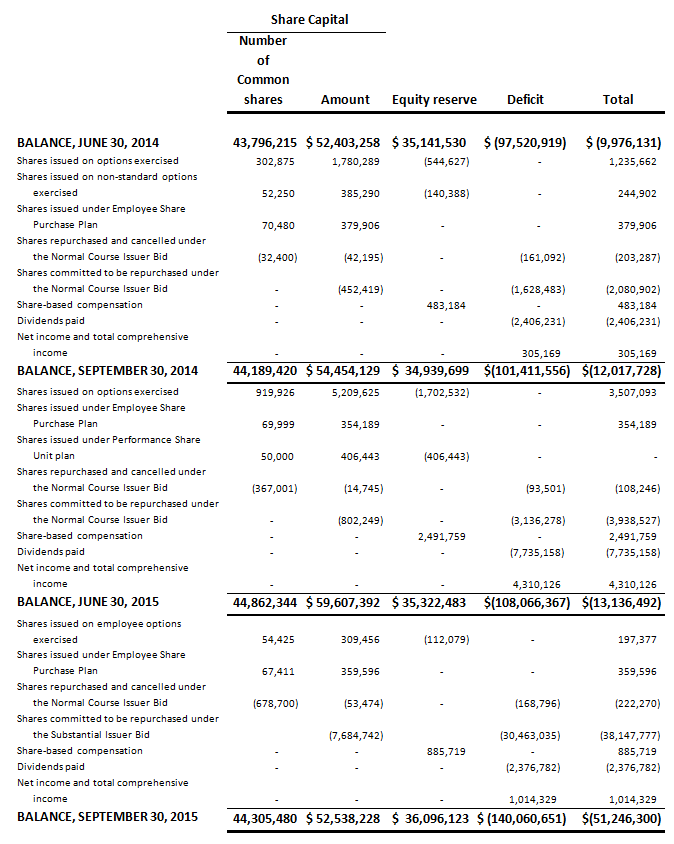 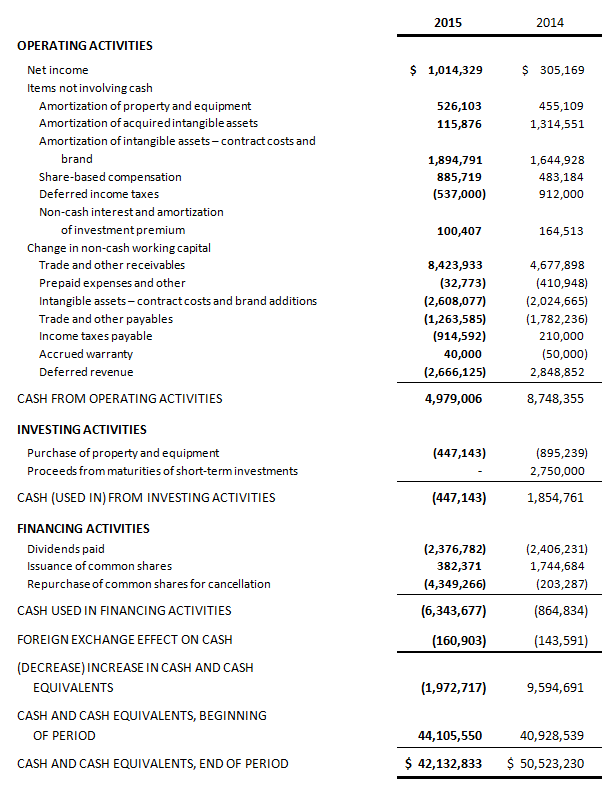