Adjusted Operating Income of $1.7 million for the Quarter

“We have achieved strong sales contract growth for the first half of fiscal 2011, which demonstrates the start of a return on the investments we have made in the business over the past few years,” said John Livingston, Chairman and CEO of Absolute. “Our market-leading suite of end point security and management solutions is uniquely positioned to enable corporations and public entities to protect and manage the diverse populations of smart phones, tablet computers, netbooks and laptops that have transformed the mobile computing landscape.  With the shift toward mass mobility continuing to accelerate, we believe we are well positioned for continued growth.”

Management’s discussion and analysis (“MD&A”), consolidated financial statements and notes thereto for Q2-F2011 can be obtained today from Absolute’s corporate website at www.absolute.com. The documents will also be available at www.sedar.com.

A live audio webcast of the conference call will be available at www.absolute.com and www.newswire.ca.  Please connect at least 15 minutes prior to the conference call to ensure adequate time for any software download that may be required to join the webcast.

Throughout this press release, we refer to a number of measures which we believe are meaningful in the assessment of the Company’s performance. All these metrics are non-standard measures under Canadian Generally Accepted Accounting Principles (“GAAP”), and may not be identical to similarly titled measures reported by other companies. Readers are cautioned that the disclosure of these items is meant to add to, and not replace, the discussion of financial results or cash flows from operations as determined in accordance with Canadian GAAP.  For a discussion of the purpose of these non-GAAP measures, please refer to the Company’s First Quarter MD&A on SEDAR at www.SEDAR.com. 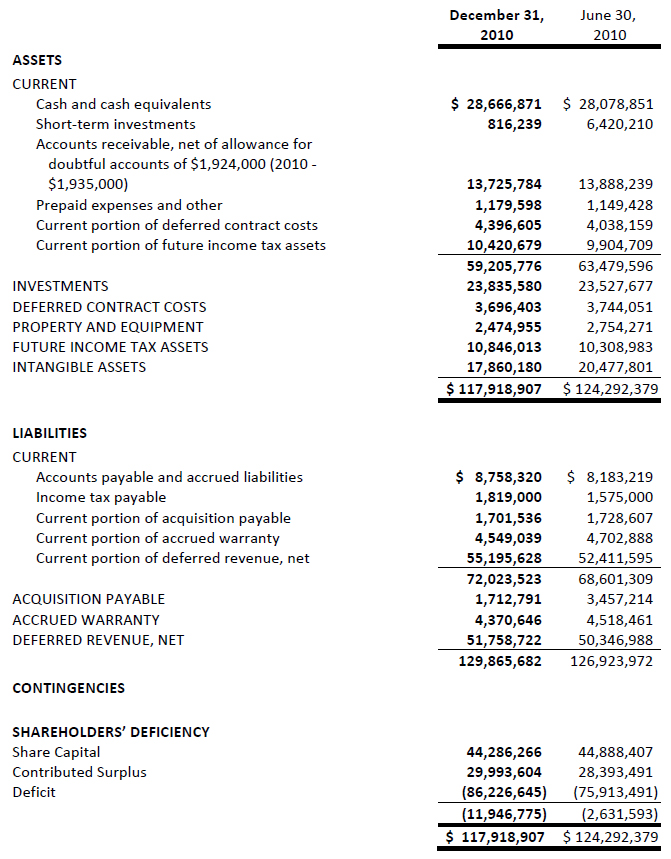 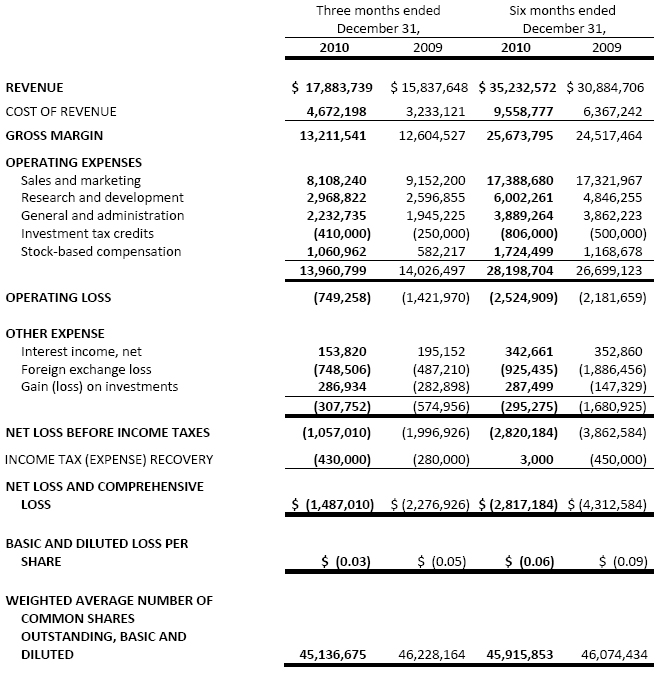 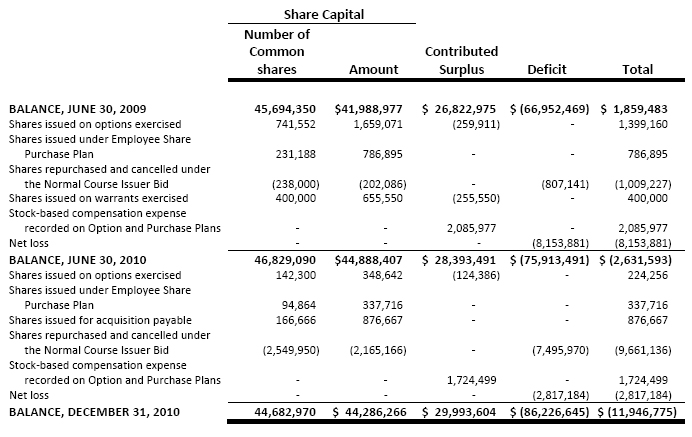 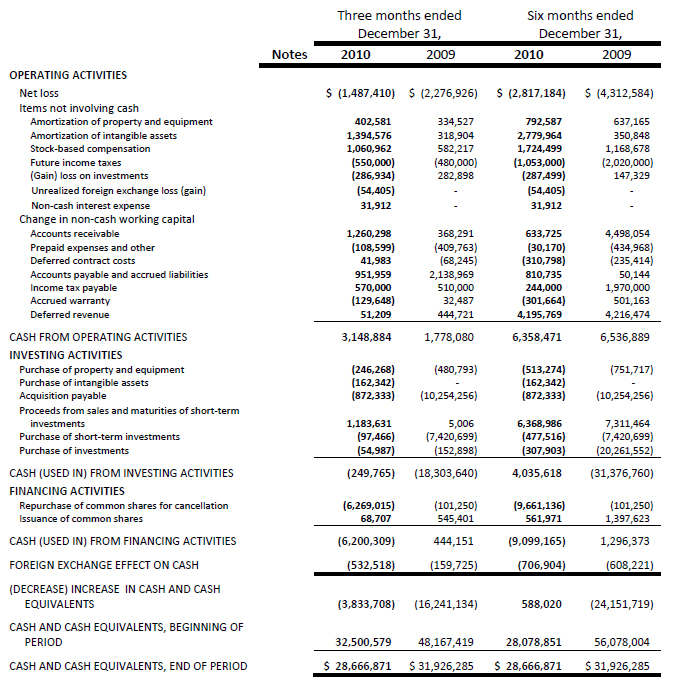