“Our primary focus in the quarter was on execution of our sales plan, which drove record first quarter Sales Contracts with 20% year-over-year constant currency growth,” said John Livingston, Chairman and CEO of Absolute. “Mobile devices and laptop computers continue to proliferate in the marketplace. We are continuing to enhance our solution offering to address this growing opportunity for multi-platform computer lifecycle and mobile device management. Our product investment over the past few years has positioned us to capture increased market share by addressing the growing need for organizations to manage and control the multitude of mobile devices spreading into the enterprise. ”

Absolute has continued to expand its subscriber base, which increased to 6.3 million by the end of Q1-F2011, up from 4.3 million a year ago. In addition, the Company has 960,000 commercial subscriptions and 1.5 million consumer subscriptions coming up for renewal during the remainder of fiscal 2011.

Cash from Operating Activities for Q1-F2011 was $3.0 million, compared to $4.3 million in Q1-F2010. At September 30, 2010, Absolute’s cash, cash equivalents, short-term investments and investments remained steady at $57.9 million, compared to $58.0 million at June 30, 2010, reflecting $3.0 million generated through operating activities net of the impact of cash used in the Company’s share buyback program.

Management reiterates its F2011 guidance for Sales Contracts and annual Cash from Operating Activities to grow beyond the levels achieved in F2010.

Management’s discussion and analysis (“MD&A”), consolidated financial statements and notes thereto for Q1-F2011 can be obtained today from Absolute’s corporate website at www.absolute.com. The documents will also be available at www.sedar.com.

A live audio webcast of the conference call will be available at www.absolute.com and www.newswire.ca.  Please connect at least 15 minutes prior to the conference call to ensure adequate time for any software download that may be required to join the webcast.

Throughout this press release, we refer to a number of measures which we believe are meaningful in the assessment of the Company’s performance. All these metrics are non-standard measures under Canadian Generally Accepted Accounting Principles (“GAAP”), and may not be identical to similarly titled measures reported by other companies. Readers are cautioned that the disclosure of these items is meant to add to, and not replace, the discussion of financial results or cash flows from operations as determined in accordance with Canadian GAAP. For a discussion of the purpose of these non-GAAP measures, please refer to the Company’s First Quarter MD&A on SEDAR at www.SEDAR.com. 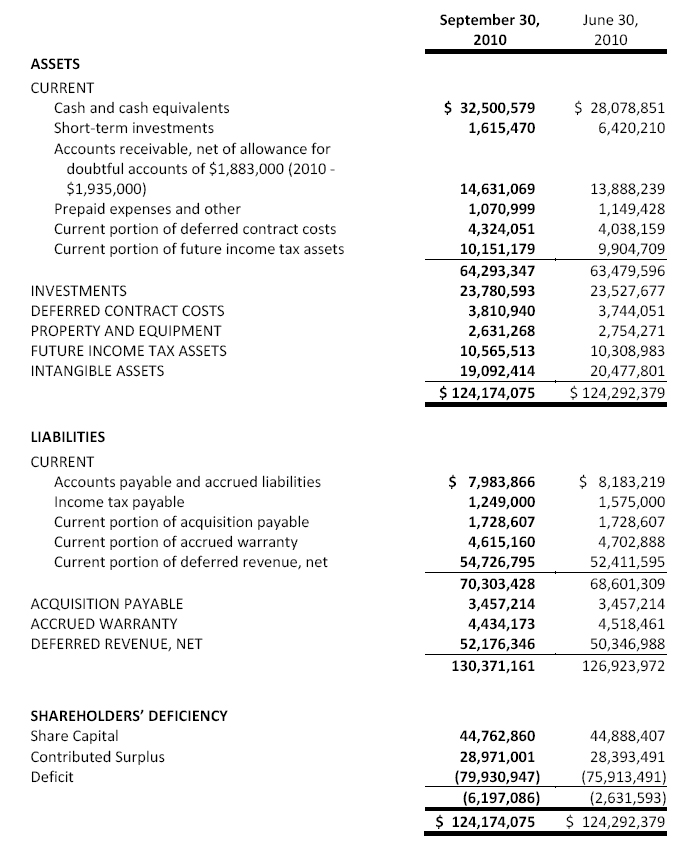 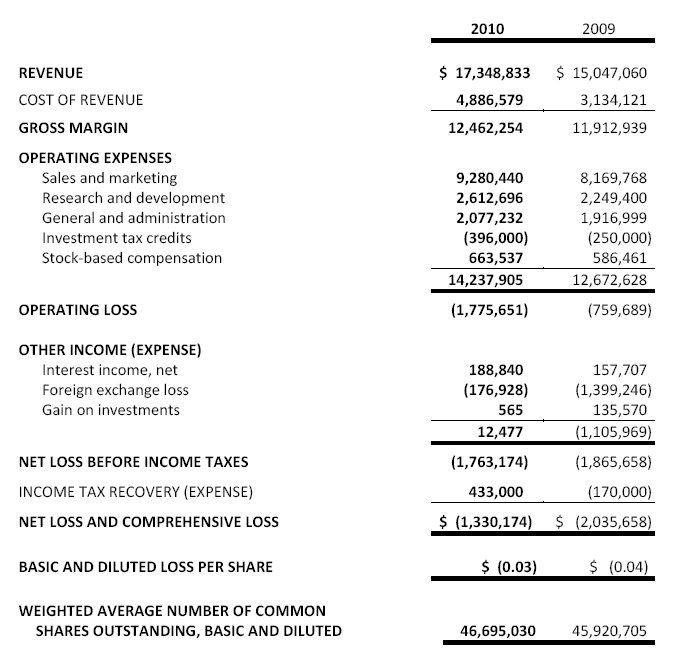 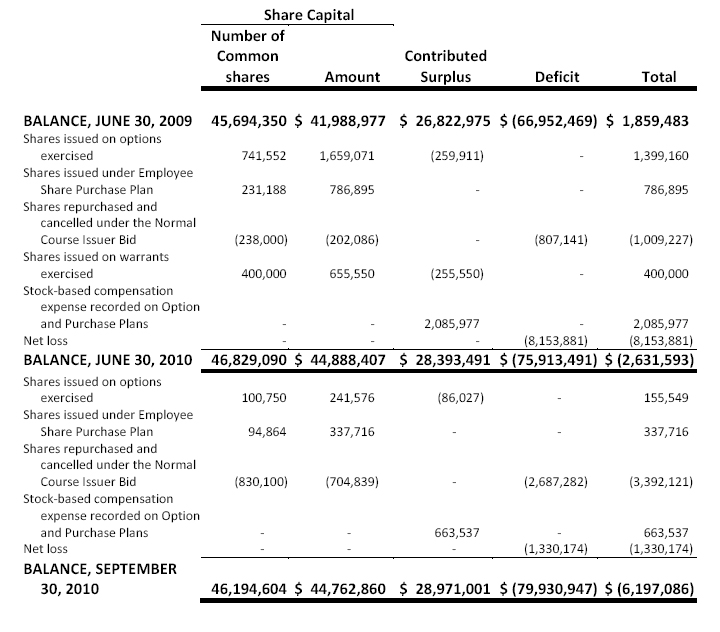 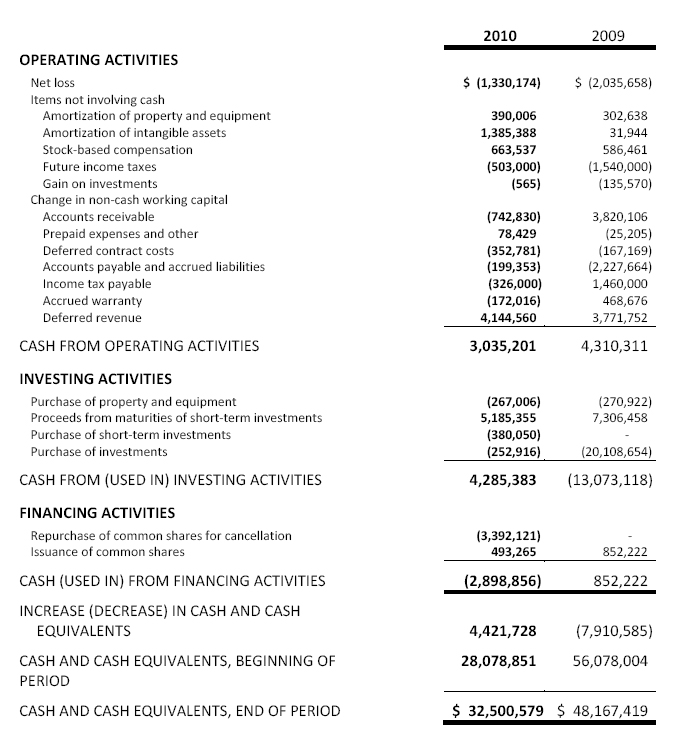