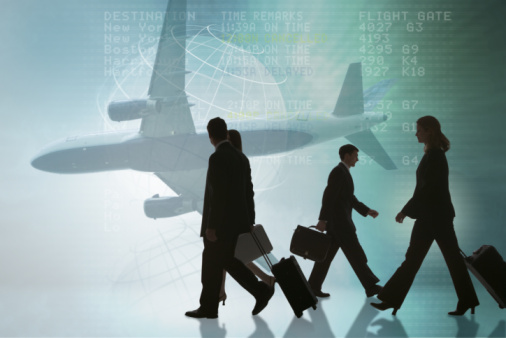 A new survey from FlightView, airline passengers (both business and leisure) are increasingly choosing tablet computers. The data indicates that tablet use is nearly equal to laptop use for the first time ever and likely to surpass it within the year.

"The explosion of new devices has fuelled a fundamental change int he way people travel," says FlightView, with demands for additional services both in the airport as well as from the airlines themselves.

Currently, frequent travellers (who fly at least once per month) are the ones most likely to use tablets (43%), though business travellers still prefer laptops.

Airports are one of the top 10 theft locations for laptops, according to our 2011 Computer Theft Report; check out some of our past posts on keeping your laptop safe during your time at the airport: