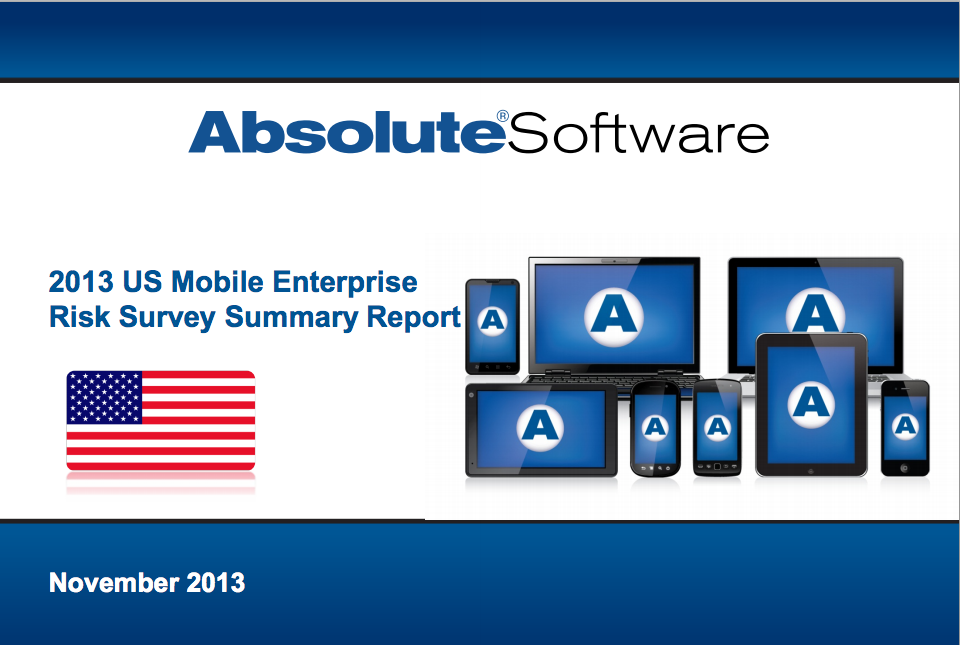 In the 2013 Mobile Enterprise Risk Survey we released earlier this month, we demonstrated how many enterprise employees are both unaware of what to do if a device is lost or stolen and of what the repercussions for such a loss could be. In fact, most employees believed they shouldn’t be held accountable because “it’s not my problem,” or “it’s not a big deal.”  A shocking 59% of mobile users in the enterprise believe corporate data on their phones to be worth less than $500.

Data loss is a big deal, one that can rack up compliance fines and legal fees in the millions of dollars. With new research from Forrester indicating that 55% of US Information Workers would prefer to use a single smartphone for work and personal use, it’s now more important than ever to prioritize mobile security in the enterprise and make it clear to employees that the data on their phones is valuable.

Absolute Software’s Tim Williams recently discussed the findings of our survey with eWeek, noting that “if firms don't set clear policies that reflect the priority of corporate data security, they can't expect employees to make it a priority on their own.

The data may be carried around in the employee's pocket, but the half million dollar fines we've seen levied due to data loss come out of the company's pocket. Clear policies, properly articulated to employees, will ensure that the entire company, not just IT, unites against mobile data loss."

25.2% of those we surveyed believed that “data security is not their responsibility,” so they should not be held accountable if they leak or lose corporate data. For those who have lost a device in the past, ‘punishments’ mostly ranged from nothing (34%) to replacing the device (30%) or being talked to (21%). It’s clear that the enterprise value on data is neither being expressed to employees by policy or by demonstration.

I think if companies can communicate that employees are actually walking around with millions of dollars in their pockets, the message just might get through.

For more of our survey findings, download our report. To join the conversation on Twitter use the hashtag: #mobilerisk.