2012 in Review: Hot Topics in Endpoint Management and Security 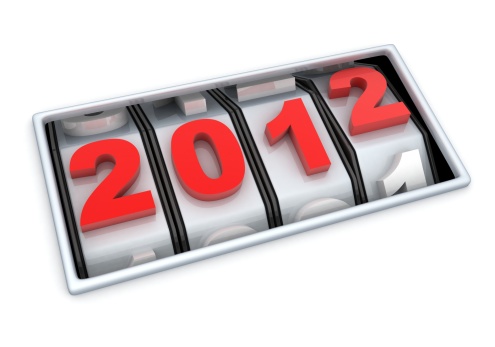 If mobile in 2012 could be distilled down to four letters they would be - BYOD.  Bring your own device resonated throughout IT in 2012.  While the term meant many things, from personal laptops on the corporate LAN running virtualized desktops, to tablets accessing corporate email, by far it meant one thing: Apple in the enterprise.  The era of both BlackBerry dominating corporate mobility and IT calling the shots came to an end in 2012, and IT worked to incorporate BYOD policies that balanced corporate governance with employee freedom.

The September launch of the iPhone 5 and iOS 6 brought enhanced privacy settings and a several new features to Apple mobile devices, including Siri for iPad, FaceTime over cellular networks, the new Passbook app and enhanced Facebook integration.

As the markets began to recover from the devastating floods in Thailand, we began to see self-encrypting hard drives, adhering to the Opal standard, shipping in greater numbers.  Available in both solid-state and spinning-disk drive formats, SEDs manage all encryption on the drive itself, providing greater performance and heightened security.  In addition, SEDs can be reprovisioned in seconds , simply by generating a new encryption key.  IT administrators, keen to avoid the headaches that come with software-based encryption solutions, began to turn to SEDs in numbers.

And last but not least, Windows 8

No summary of 2012 mobility trends would be complete without mention of Windows 8.  Microsoft's attempt to bring the desktop, tablet and mobile phone together under one platform is nothing if not ambitious.  When early beta builds were released it became apparent that the rumors were true: The start menu was gone, in favor of Microsoft's new "Modern UI" - A series of tiles which better aligned with the Android and iOS design paradigms.  Then in the summer, the next surprise: Microsoft was introduced its own line of tablets:  The Surface. The new tablet , available with ARM or i86 processors, is meant to go head-to-head with Apple's iPad and Samsung's Galaxy tablets.  Certainly the Microsoft platform has appeal with enterprises - Integration with Active Directory, and with an available Office Suite, the Windows-on-a-tablet looks good on paper.  2013 will tell us whether it is a success.